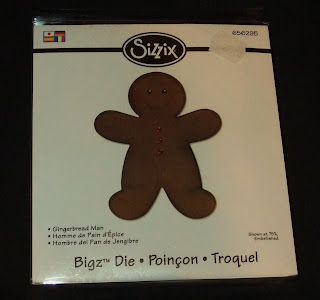 This Gingerbread man is very special!! He had been on my wishlist since sizzix released the christmas shapes a month or 2 ago.... then it suddenly vanished from the sizzix website - luckily i had kept a note of the product number!
I googled the number (656295) and found the image so i knew i was not going mad, but he was no-where to be found! My next point of call was Sizzix who told me that the die had been discontinued (i don't think it was ever released!!) So then i managed to track down one die..... In Austrailia! 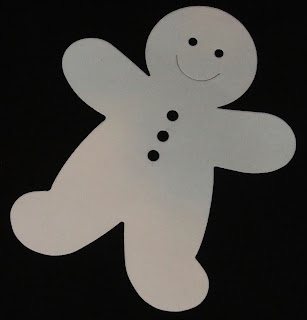 He was not cheap this little man, but i think he was worth it!!! and he came pretty fast too!! but i paid the same in delivery as i did for the die!! 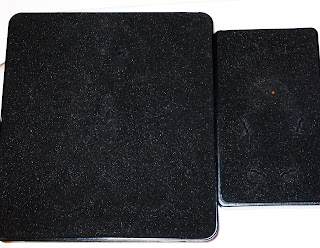 as you can just make out in this pic he is quite a bit bigger than the die i have used for my gingerbread man decorations
Posted & probably spelt wrongly by Lisa Bird at 06:13

ooh lucky you! I rather fancied this chap too - he is a bigz die and i really love this size. Looking forward to seeing what you do with him xx

Lisa Bird
My name Is Lisa Bird and I am 30 years old. I live in Wolverhampton with my fiance Rob and our dog Molly. I love crafts and anything remotely related to die cutting! I do freelance work for several large companies and I run craft classes too If you have any questions or queries please do not hesitate to contact me lisa@craftfairies.com

Machines I Currently Own:


Machines I Have Owned:

I am very passionate about die cutting and have
been for over 13 years!
I am happy to offer any advice and answer any questions you may have.

I am happy to accept commissions and freelance design and demo work, please contact me for more information using lisa@craftfairies.com